Members of the Association of University Language Centers and Institutions 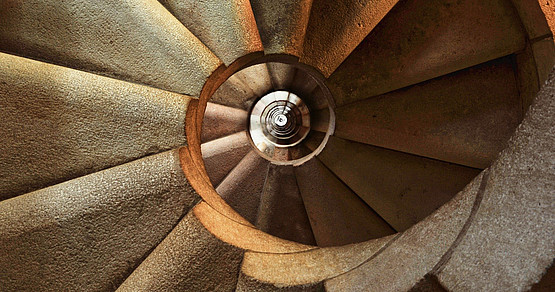 Language skills as well as intercultural competence have become basic requirements in an increasingly mobile and multicultural society. For over 20 years, treffpunkt sprachen has helped increase the international appeal of the University of Graz by providing professional support for a range of language courses for students, staff and external course participants. In 2009 treffpunkt sprachen was transformed into a Center for Language, Plurilingualism and Didactics in order to promote plurality and multilingualism on several levels (language policy, language documentation, didactics, language teaching research, language teaching and language learning). Since there is a long tradition of dealing with language-related issues in teaching, language didactics, language teaching research and language documentation, it was an obvious step to bring together the fields of teaching and research. The reciprocal connection of teaching with the research areas of plurilingualism and didactics enables the optimal use of previously existing synergy potentials, the exchange of know-how across institute and faculty boundaries and the conception and implementation of research projects whose results are applied in teaching. With the founding of the Center for Language, Plurilingualism and Didactics, an organizational framework was created in order to bundle activities in language policy, language documentation, language teaching research and language didactics; to expand work already being done; to network new impulses and thus to significantly exploit the plurilingual potential of Austria.

The development goals of the Language Center of the University of Innsbruck are defined in the Development Plan 2010–2015 of the University of Innsbruck. The University of Innsbruck is committed to making the diversity of European languages visible through an appropriate range of language courses and by imparting language and cultural skills for the regions of Africa and Asia. The Language Center also functions as a liaison between the university and the regional public. It carries out important public relations work by quickly contributing university know-how in linguistic and intercultural areas as required. In recent years, measures have been taken to optimize the language course catalogue, especially in the areas of quality assurance, customer service, public relations and personnel development.

Zentrum für Fachsprachen und Interkulturelle Kommunikation is an institution that teaches and applies foreign languages at Johannes Kepler University Linz. It helps prepare students for their future work in a globalized and highly complex business world. In this context, the acquisition of foreign languages is an important tool for developing and promoting social and intercultural competences. Special attention is paid to self-reflection on culture and foreign language acquisition and the training of students' interpersonal communicative competence in the cognitive as well as behavioral and affective dimensions so that students are capable of forming and maintaining personal relationships with representatives of other/foreign cultures in a multicultural environment.

The Language Center was founded in 1999 as a service facility of the Paris-Lodron-University of Salzburg. While in the first years, the focus of activities was on the conception of course models for autonomous foreign language learning, since then the conceptual orientation has shifted to the promotion of multilingualism among students and staff of PLUS and the Mozarteum University Salzburg. Furthermore, the target group are all external interested parties who want to learn languages in an academic environment and make rapid progress. Every year, more than 1,500 students take part in language courses at the Language Center, where classes are offered in a total of twelve languages. In addition to general courses, the Language Center also offers various special courses including the teaching of study-specific skills in German and English. Since the 2018 summer term, the university course "University course for the preparation of supplementary exams at the Paris-Lodron-University of Salzburg” (VPLUS) has been located at the Language Center. The VPLUS is aimed at students who do not have the necessary German language skills for a degree program. In addition to teaching general language skills, VPLUS focuses on teaching the German language of science as well as study-specific skills. The connection between research and practice is ensured by research and development projects in the field of second language and foreign language didactics and by cooperation with numerous national and international institutions and associations.

Vienna University of Economics and Business: Center for Business Languages

The Center for Business Languages combines two institutions: The WU Business Language Center, founded in 2018, offers language courses in Spanish, French, Italian and Russian at the A1 and A2 language levels, preparing students for the respective courses in Business Communication. In addition, basic courses in other languages such as Chinese and Portuguese are offered as well as courses for German as a foreign language at all levels. Founded in 1965, the Raiffeisen Language Learning Center specializes in self-learning and provides students with comprehensive learning materials for more than 40 foreign languages. It further supports them with advising and a tandem program.